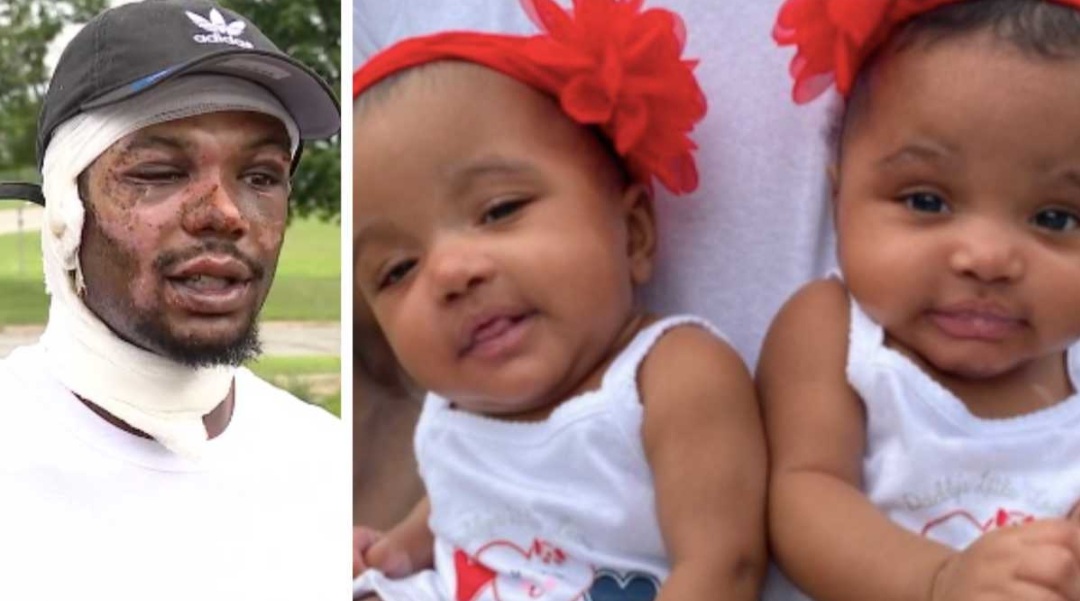 Ray Lucas said he did what any father should do.

On July 16, Lucas and his girlfriend Shi’Ann Brown returned home from the store to find their Eastpointe, Michigan, home engulfed in flames — and their twin daughters were still inside. His mother, who was watching them, and niece were in the front yard panicking.

So the 23-year-old dad sprang into action to rescue his 18-month-old daughters.

The fire spread through three floors of their home, including the basement where toddlers Malaysia and Milan were in their crib. When Lucas got inside the burning building, he realized he couldn’t see anything because of the smoke but knew his way around.

“I just knew I had to get my babies out,” Lucas told WJBK. “That’s what went through my mind. …You really couldn’t see your hand in front of your face. I really only found my babies due to my memory, just knowing where they were and knowing how to get them.”

He was relieved to find them both responsive. Lucas, Malaysia and Milan all suffered severe burns. Lucas was blind for three days because the smoke exposure caused damage to his corneas.

Though the physical pain was great, there has also been a psychological toll on Lucas and his family.

He told CNN that he is “mentally in pain with burns. It was a lot on me mentally. I’ve never been in a situation like that before.”

The heroic father also said the fire department informed the family that the foundation of the house is ruined; the cause of the fire is still under investigation. The statement on the family’s GoFundMe page indicated that it was an electrical fire that started in the basement.