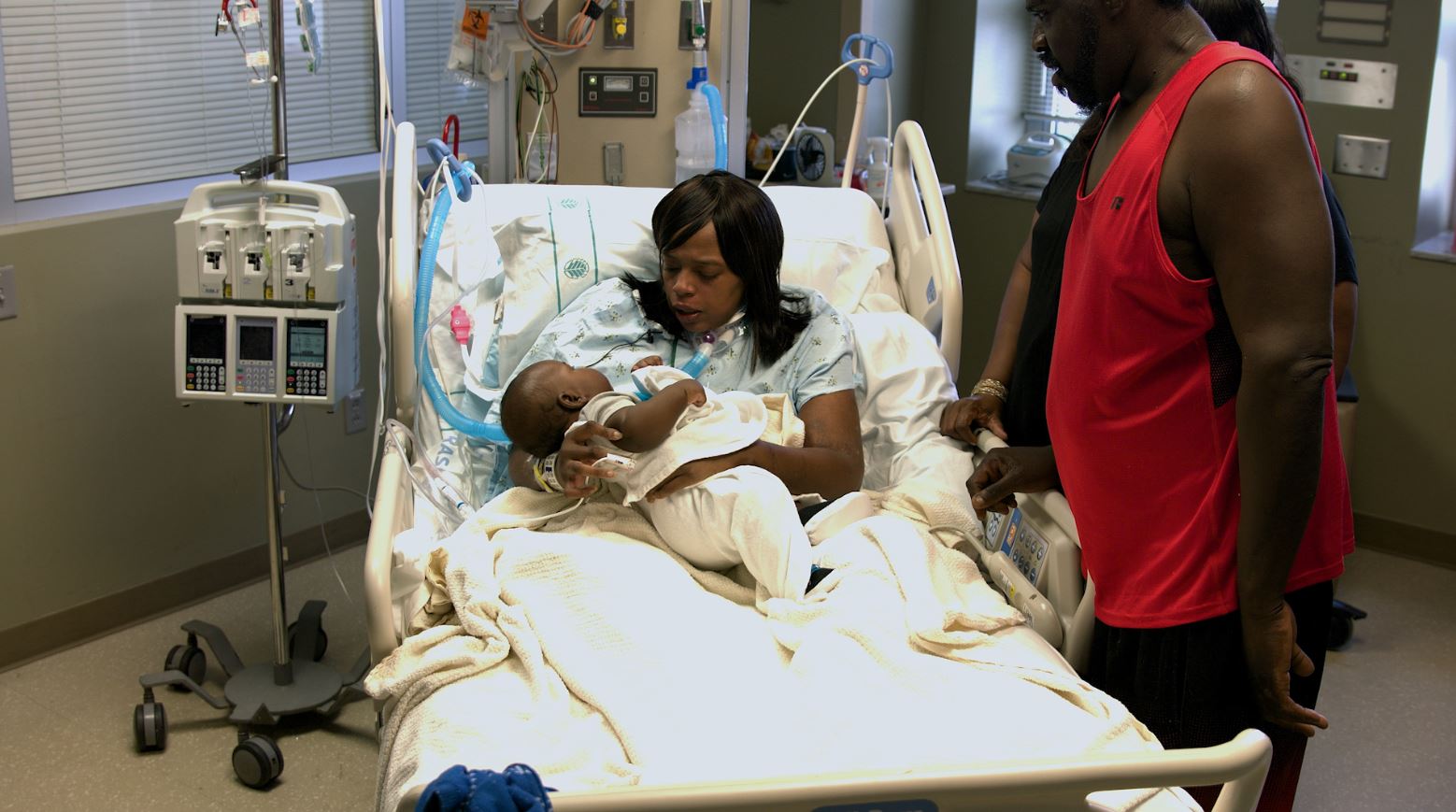 Danielle Gaither was 39 weeks pregnant — and she was dying.

It was a case doctors at a North Carolina hospital had never before seen.

Gaither, 31, suffers from Marfarn Syndrome, a connective tissue disorder that causes heart issues. On Feb. 21, she was rushed to the emergency room with a torn aorta.

Her body was shutting down, so the doctors had to act quickly to save two lives: Gaither’s and her unborn son.

Their feat was incredible.

Doctors at Carolinas Medical Center in Charlotte, North Carolina, said her condition was “almost beyond repair,” according to ABC News. When they learned her aorta had split into two, they immediately got her to an operating room because her body was shutting down; the rip deprived oxygen from her blood and organs. Four teams, each commanded by its own lead surgeon, swung into action to perform open heart surgery and a C-section at the same time.

Because of Gaither’s young age and the baby being close to his due date, doctors made the decision for the dual operation; the open-heart procedure typically takes up to 10 hours.

“Time was really of the essence and she was near term pregnant so that threw a monkey wrench in the plans,” Dr. Joseph McGinn, chair of Cardiovascular and Thoracic Surgery at Sanger Heart and Vascular Institute told ABC News. “Gaither was sick and dying almost to the point of irreversibility, so we knew we had to assemble quite a few people.”

The baby, named K.V., arrived within minutes since the placenta was rapidly losing oxygen.

Gaither, who was born with the rare condition, spent 111 days recovering from the double surgery. On June 16, doctors gave her the green light to meet her son.

The pair’s first embrace was tearful to Gaither.

Gaither, who recovered in a Charlotte rehab facility, is not expected to have complications and was due to go home earlier this week.