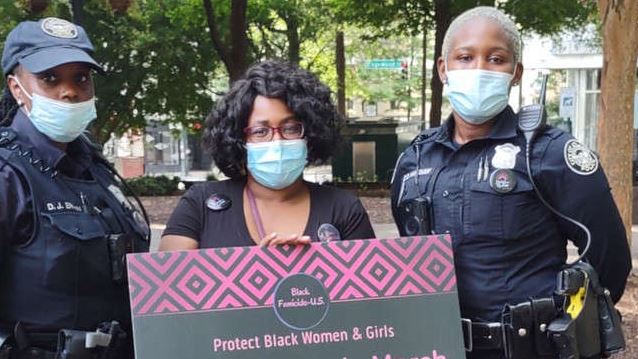 Rosalind Page is a nurse and mother of four from Arkansas who carries the same burden as many women in the Black community.

Almost a decade ago, Page began to pay close attention to the rate at which black women were being killed. She believes that any rate of death at the hands of someone else is unacceptable, as noted in a statement with the Washington Post.

“Not that any rate is acceptable, but it was such a high rate I couldn’t understand why nothing was being said or done about it,” Page said.

At least four Black women and girls were killed per day in 2020, according to FBI data. The murder rate for Black women during the pandemic rose 30 percent, the biggest jump in 60 years.

The numbers began to strike home for Page, who has all daughters.

Eventually, Page began researching names and photos of Black women and girls who have been killed by an act of violence. Through her research, she discovered women from a wide range of ages suffered violence, including 43-year-old Hope Cutts and 3-year-old Aziya Matthews.

Page, 52, is now deciding to do something about this issue. She wants to put her effort into enlightening the country about this issue by organizing a march at the nation’s capital later this year.

“D.C. is the hub of political activity in America, D.C. is where people go to discuss issues in America,” Page said in the Post.

The goal of this protest is to snatch the attention of national media with help of local Black communities and persuade law officials to take steps toward change.

Page, who has been in the healthcare industry since she was 20, created the Black Femicide social media pages in 2015 to compile information about Black women homicides. She reviewed police websites, media homepages and other online sources.

As of December 2020, Page has collected information on 1,742 Black women and girls who lost their lives to violence.

Her project began as a simple passion but has grown into her dream. So far Page’s spirits are high. She started a GoFundMe with the goal of $50,000 to help with travel expenses to scout locations, security detail, permits and fees and paying staff.

“I started this project as a labor of love and it has turned into something much bigger than I foresaw,” she wrote on the page. “I am asking that those who believe in me and the mission, to assist me financially so that the work can continue and eventually lead to legislative changes that will protect Black women and girls in America.”