Ohio man adopts 5 siblings to keep them together 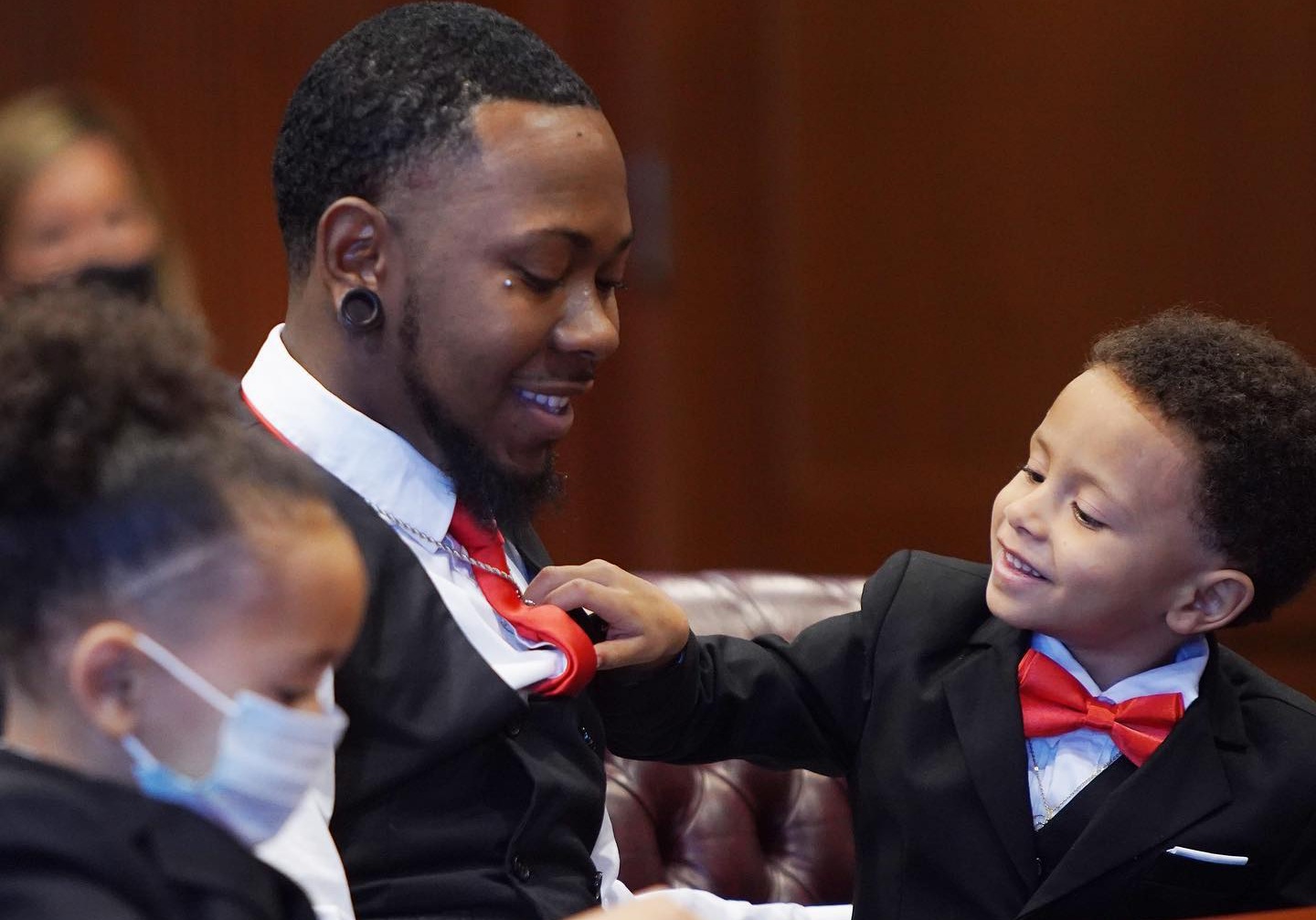 An annual Ohio Adoption Day event was extra special this year, thanks to one single dad.

On Nov. 2, Robert Carter made room in his heart and his home for five siblings who had previously been separated. The 29-year-old began fostering brothers Robert Jr., Giovanni and Kiontae in December of 2018. When he learned that their sisters, Marionna and Makayla, were living with other foster families, Carter knew he needed to bring them together under one roof.

So the new father of five adopted all of them.

“All the kids were crying. They didn’t want to leave each other, and at that moment, I knew, ok, I have to adopt all five.” 🙏 pic.twitter.com/oyhy4vHjRN

According to the Children’s Defense Fund, 29 percent of the children in foster care in the state of Ohio in 2017 were Black. Carter lives in the state’s Hamilton County, where nearly 400 children are waiting to be adopted.

Carter is the product of the foster care system and understands the pain of being separated from family. Although he was eventually awarded custody of a younger sister and guardianship of a younger brother, he went years without seeing some of his siblings.

Not knowing if his siblings were safe and healthy took an emotional toll on Carter and motivated him to want to create a stable environment for other kids in need.

In an interview with People, Carter said that he is happy to provide a loving home for his children, but he is equally grateful for all they’ve done to enrich his life.

“Ever since I’ve gotten the kids, I don’t suffer from depression. They’ve helped me and changed me in so many ways,” he said.

A GoFundMe account has been established to help Carter purchase a forever home for his family.