One mom makes her son follow these rules when leaving home 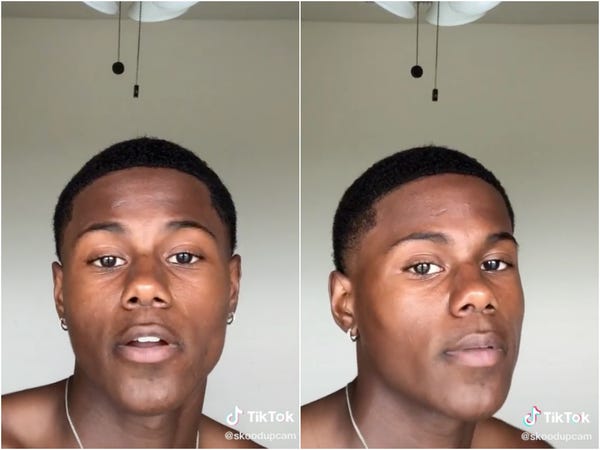 Some people can pay for a small item at the store, decline the receipt and put the purchase in their pocket or purse without ever having to think about it.

This isn’t a privilege for 18-year-old Cameron Welch, whose mother asked him to never exit a store without a bag or receipt, even if it’s just for a stick of gum.

The Houston teenager last week used TikTok to recite an extensive list of unwritten rules his mom told him to follow whenever he goes out.

In a time of social unrest as a result of police brutality and other acts of violence against black people in this country, Welch told HuffPost he had to speak up.

“In this moment in our country, it was necessary for me to use my voice, so I put out that video,” he said in the article about his 55-second TikTok clip that garnered more than 10 million views.

“I wanted people to hear and understand the real truth of a Black man’s daily experience,” Welch said.

When he goes out, he has to remember not to put his hands in his pockets or put his hood up. He can’t wear a wifebeater or durag while driving.

Welch can’t stare at white women or play his music too loud.

He must remain cautious when he’s in a store, making sure not to touch anything he’s not buying.

At just 11, he had the 16-item checklist memorized, according to HuffPost.

Upon posting the video, his peers joined in and shared the lectures their parents gave them about how to stay safe in America while being black or brown.

Welch said his friends don’t say “I’ll see you later” as a farewell — it’s “stay safe,” he shared in a different TikTok video.

While he lives it every day, he hopes his list informs others about the reality of being a black man in this county.

He told HuffPost that, “I want people to see that we need change, and that no one should have to live like this.”