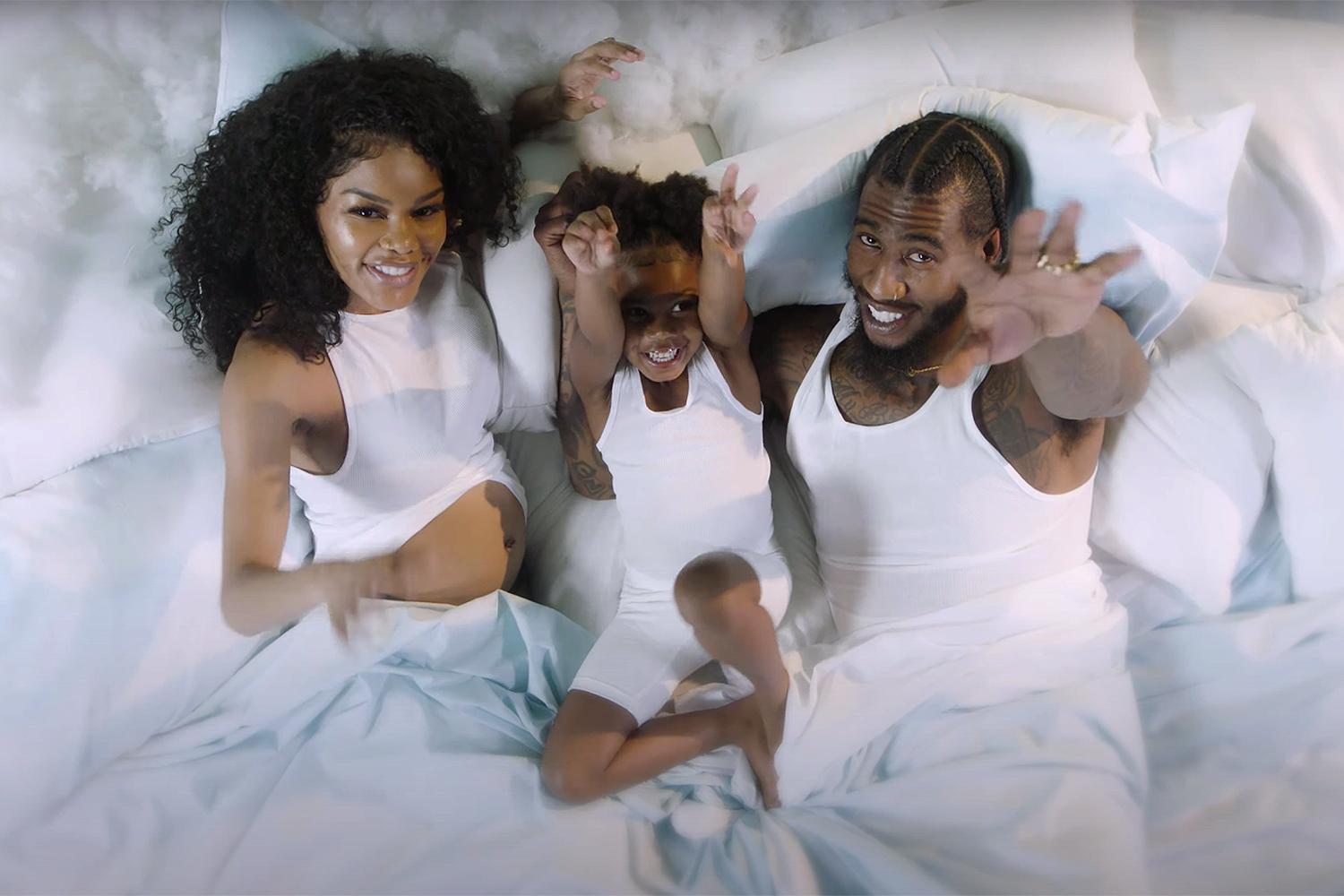 Teyana Taylor has our attention.

A day after posting a touching tribute to her 4-year-old daughter Iman, the singer dropped a music video revealing she and husband Iman Shumpert are expecting their second child together.

Though you are the love of my life, my king, my husband & an amazing father. YOU ARE STILL A BLACK MAN FIRST, before anything. And that’s the risk I take as you leave my side and walk out the door every single day. I could have lost you yesterday. I could lose you today. I could lose you tomorrow. The sadness of our planet has corrupted mankind’s ability to make empowering decisions. Darkened, but not by the sun; WE still stand up in assembly and cry for help. For these are the reasons I have broken down my defenses; I hear you, I see you, I love you. You have adopted the role of being our protector. To our girls, the name father is another name for what we created, love. For I will never rue the love inside of my heart because I have a King to uphold and Queens to raise.  #Ourblackmenmatter #ourblackwomenmatter #ourblackkidsmatter #Ourblack🖤matters #Blacklivesmatters #WAKEUPLOVE VIDEO & SONG OUT NOW on all platforms! Link in bio 🖤🖤🖤🖤🖤🖤🖤🖤🖤

At the close of her new Wake Up Love video, which debuted Friday, Taylor is cuddled up in bed with her family as they kiss and rub her baby bump. The airy scene is the sweetest, and she kept the bump concealed until the end of the video.

On Instagram, 29-year-old Taylor wrote that Shumpert is a protector of “our girls.”

Looks like baby Junie, little Iman’s nickname, is getting a little sister.

There are about three months left until the family meets the little princess. Taylor also told People that Junie “hogs the whole baby all the time.”

Taylor and Shumpert, who is also 29, have been married since October 2016.