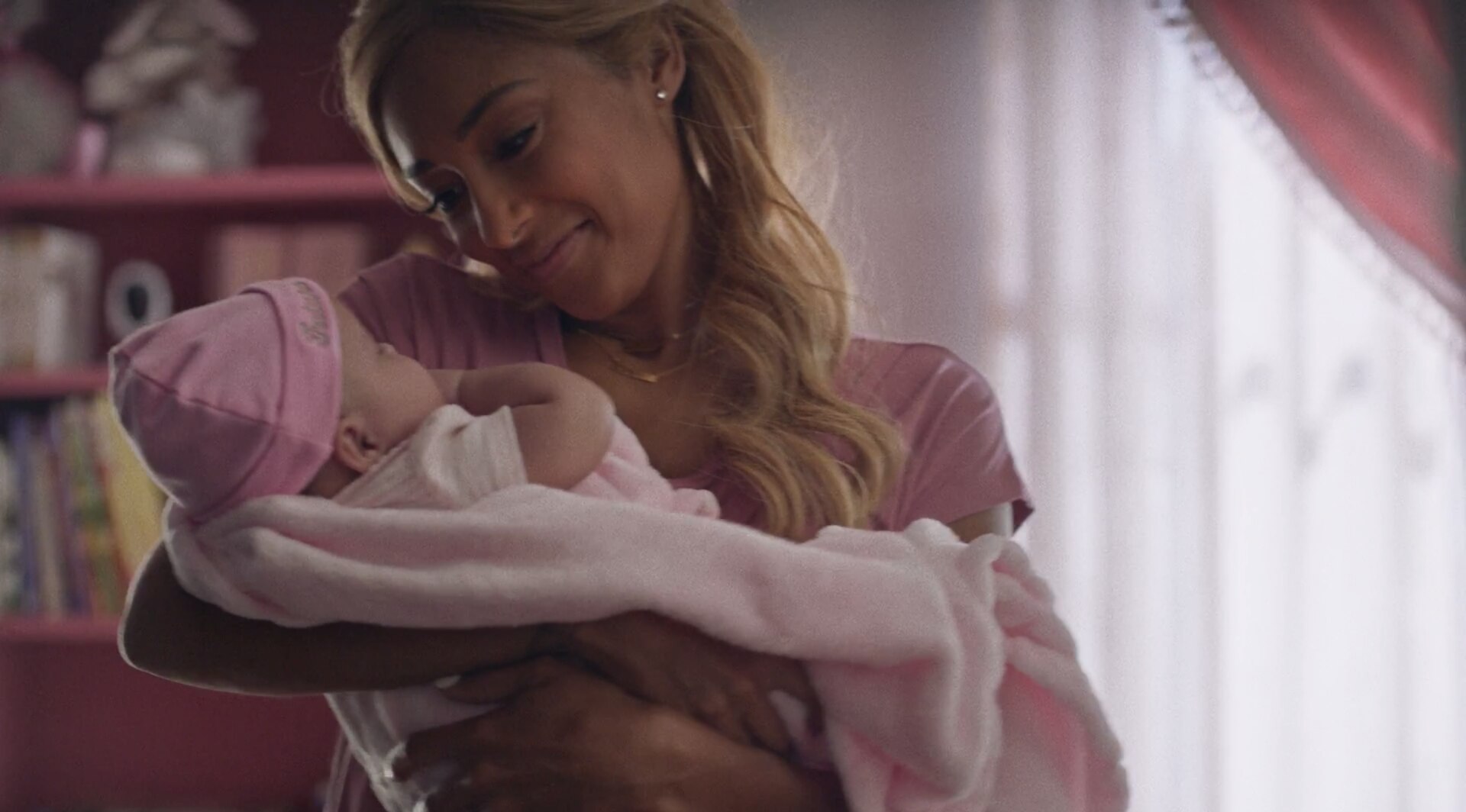 The hit HBO series has addressed a range of relationship styles and issues — from cheating to open marriages, the nuances of friendships, interracial dating and racial bias.

Tiffany DuBois, star Issa Dee’s friend from college, had her first child at the beginning of the season. Most of the boogie friend’s screen time since eluded to her final act of the season’s end. Her husband Derek along with her friends frantically searched for a missing Tiffany, who took off the night before.

Broken down in a way we’ve never seen her, they found her at a nearby Sheraton hotel room. All she could muster up when Derek showed up to the door was, “I’m sorry.”

Suffering from postpartum doesn’t make you a bad mother. Things get complicated after giving birth because you’re experiencing a range of really powerful emotions.

Some new moms used social media to speak on the topic after watching the episode.

Watching Tiffany’s experience with #ppd on @insecurehbo has me reflecting on my own fourth trimester. Every mama’s experience will be different. Mine has been beautiful, but challenging. Exhilarating and exhausting. Fulfilling and frustrating. My hormones have been all over the place and there are days where I just don’t feel quite like myself. I’ve found how easy it is to neglect myself while trying to prioritize Lowe. There are days when I don’t eat as much as I should, and I’m lucky to finish a bottle of water. Breastfeeding has not been as easy as “put the baby to the boob and she’ll naturally start sucking”. A couple of months of only sleeping 3-4 hours a day leaves me constantly exhausted with little energy to do more than the bare minimum. I’m so grateful ,though, to have an amazing support system in Marcus, our family and friends. It has truly helped make this transition a little easier. As I get ready to start working again in a few weeks I’m a little anxious about yet another transition. It’s been a blessing to have this time to simply focus on being a mama. But I’ve also been thinking a lot about new priorities and goals, wondering what’s next for me, and how I’ll make it happen. Despite all the uncertainties, I try to take a moment each day to appreciate the magnitude of what I’m doing. I make it a daily habit of giving God gratitude for the gift He’s blessed us with. Joy, by way of Lowe’s sweet face, comes in the morning♥️

Reports show one in eight women experience PPD symptoms, which include excessive crying, overwhelming fatigue, loss of interest in things you once enjoyed, restlessness, difficulty bonding with the baby and more.

Foreshadowing her break throughout the season, Tiffany exhibited some of these symptoms. It was clear that she felt disconnected from the baby. When the babysitter called the parents because little Simone wouldn’t stop crying in Episode 5, Tiffany stayed at the day party and let Derek deal with it. She was no longer breastfeeding, evidenced by the “Didn’t take, her loss” line.

This wasn’t because she didn’t care about her child — she was silently suffering.

“We wanted to depict this because, you know, it’s commonplace, and we wanted to show this struggle,” said the show’s creator Issa Rae in Sunday’s Wine Down, Insecure’s aftershow feature. “It just felt like this was the natural opportunity to showcase this. Tiffany’s the only mother, the only married one out of our group of friends, and she already started to feel isolated in a way, so unfortunately, this just added to her burden.”