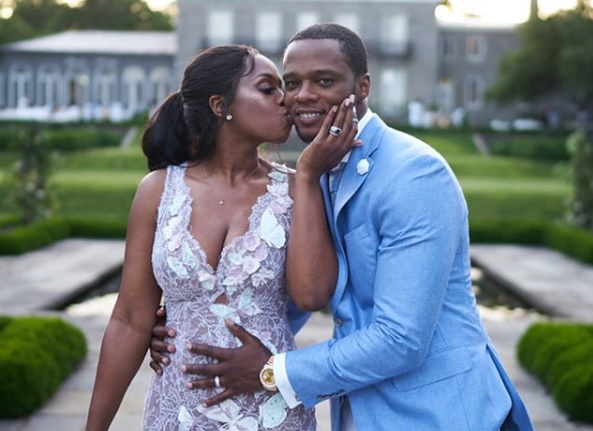 Rapper Remy Ma had a lovely start to July 2018.

Ten years ago, she married her lover Papoose. The couple renewed their vows, as seen on Remy Ma’s Instagram on July 3. The images showed off her hair, dress, makeup, venue and photography.

One more thing: she’s pregnant! Remy, who is four months pregnant according to her surprise announcement on Instagram, and Papoose are expecting their first child together more than a year after Remy revealed her personal struggle with conceiving.

In January 2017, she announced her ectopic pregnancy, a fertilized egg that implants outside of the uterus and can rupture, resulted in a miscarriage.

This time last year, she announced her efforts to start a foundation for women who struggle with infertility. Remy, 36, said her doctor told her she could not have children naturally. She turned to in vitro fertilization but knew many others didn’t have that option, driving her to start the fund.

In her Instagram announcement of her own pregnancy, Remy wrote that she had been preparing for it nearly a year.

She said she has been super sick and used #BabyMackie at the end of her post.

Support poured in for one of our favorite couples. The post attracted nearly 36,000 comments and more than 460,000 likes in its first day online.

“I’ve been eating right, working out and preparing for this for almost a year,” Remy wrote. “We are so happy, thank you to everyone that prayed for us and sent blessings our way.”

Remy looked amazing in her photographs, and her journey sounds hopeful!