Two best friends moved in together to ‘co-mother’ their children 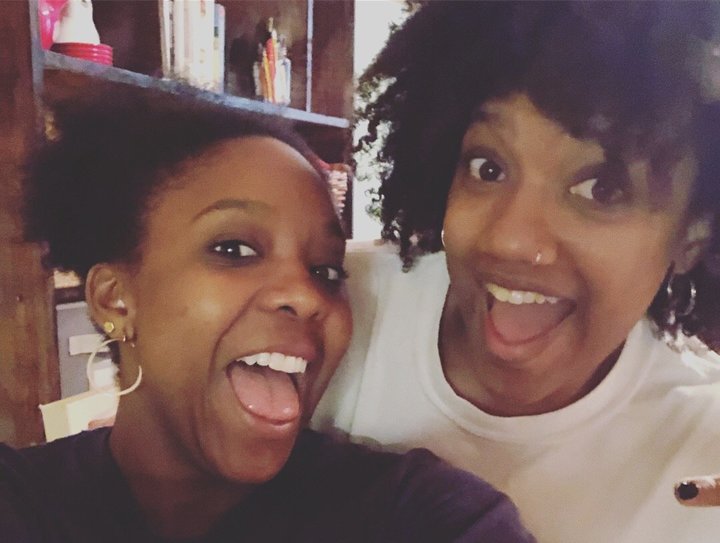 Ashley and Tia are best friends.

They each have children and live in a two-parent household — but not in the traditional sense.

Respective emotional rollercoasters took them for a ride. Ashley, mom to a 5-year-old son, and her live-in boyfriend decided to take some time apart to work out conflicts. Tia, mom to 3- and 13-year-old boys, was going through a divorce.

Then, the idea “hit them like a brick,” Ashley Simpo wrote in a guest letter on The Huffington Post on Tuesday.

Ashley and Tia decided to move in together and co-mother their children.

“The aim was to help make both of our lives a little easier,” wrote Simpo, who added that New York rent could be as much as $3,000. “(Tia’s) three-bedroom apartment in Bedford-Stuyvesant could accommodate all of us. The master bedroom was converted into the boys’ room, with space designated on one end for the oldest child so he could retain some semblance of adolescent autonomy. Tia and I took the remaining two smaller rooms. We agreed to share all housing expenses ― groceries, rent, utilities, even Netflix.

“We also agreed to support each other, be each other’s first line of defense when dealing with parental ups and downs.”

The pair aren’t just roommates. They are leaning on each other and found that the arrangement has eliminated issues they would have being single mothers in one-parent homes. Tia offered to take Ashley’s son to work with her in lieu of Ashley finding daycare for the two weeks in between his last day of kindergarten and his first day of summer camp. When Tia needs rest after working a long night, Ashley prepares breakfast for the boys in the morning.

Their children also get to bond as if they were brothers.

“Our home has two parents in it,” Ashley wrote. “Two parents who have agreed to be each other’s backup before deploying more expensive or inconvenient options. This is a godsend in a city like New York, where work never sleeps and kids hardly ever settle down.”

Once the logistics of the move-in settled, the mothers still had healing to do. Baton-passing became a saving grace as they navigated through raw emotions as working mothers, which is often something they don’t have to ask for because, well, they’re mothers.

According to Ashley, they hear the volume in non-verbal cues. Tia doesn’t have to explain why she let her son watch a cartoon for 30 minutes while she sat in silence in the other room. This unique space is something they agreed is a great need, since they aren’t allowed it in the outside world.

“A co-mothership is about partnership,” wrote Ashley, who noted the arrangement has worked out fruitfully. “It requires the same level of commitment and communication as any partnership. We have to stay on the same page, respect boundaries, be honest about what we can and cannot do and about what we need.”