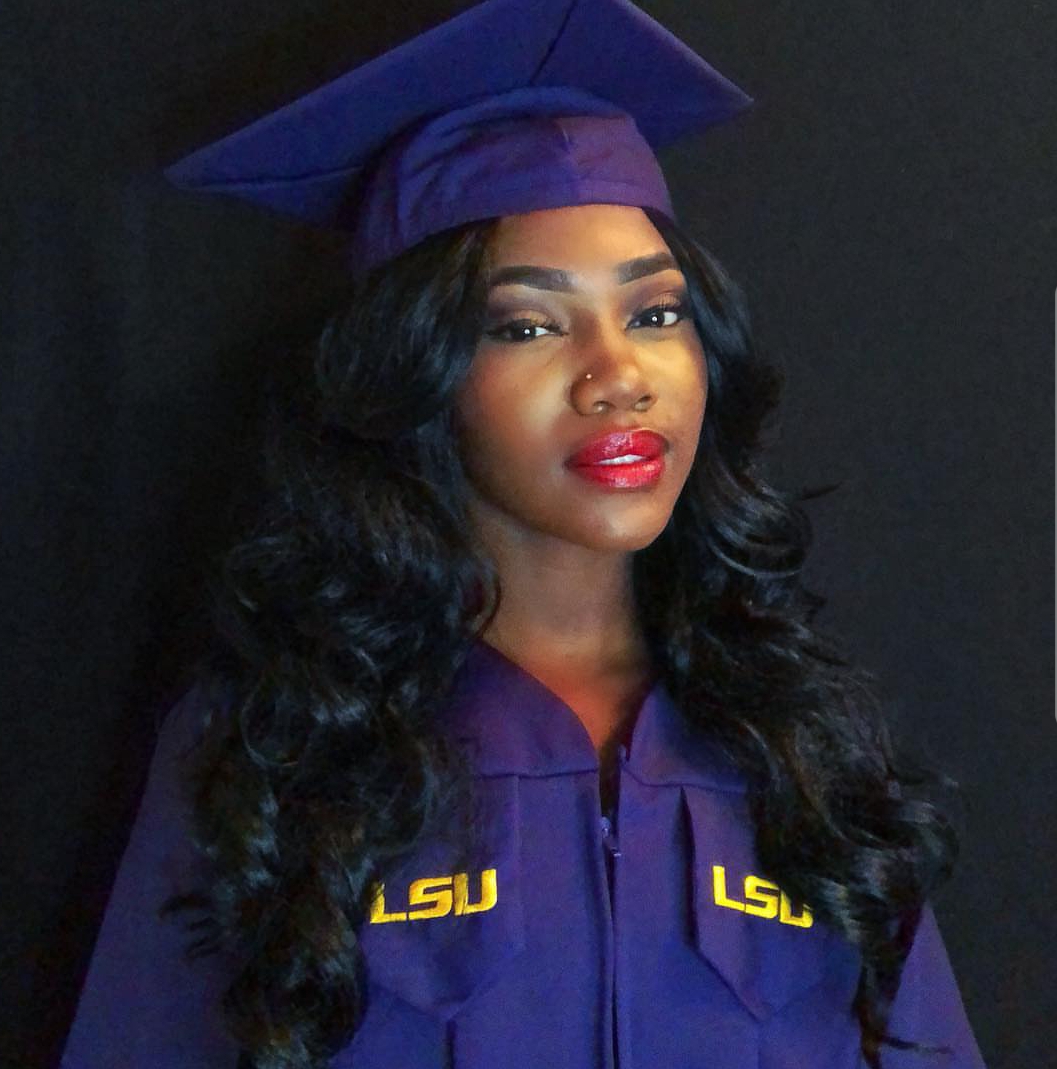 In six years at LSU, Londa Robinson never enjoyed a football game with her peers.

She couldn’t party or vacation, and she wasn’t privileged to the spending habits of many around her.

Robinson had two children to provide for.

“Going to college as a mom was harder than I thought,” she told Hey, Black Mom! “Being that I chose to attend a PWI, I was the only student in most of my classes who even had a child, so I avoided getting sympathy. I never wanted to let motherhood be an excuse for anything.”

In May, Robinson graduated from LSU with a degree in apparel and design, following her passion and collecting her honors as a 24-year-old single mother of two. She showcased her fashion skills in her graduation photos, featuring 7-year-old Naomi and 3-year-old Lawrence.

But the road was far from easy for the aspiring fashion designer.

Robinson became a teenage mother her junior year in high school, the upperclassman she fell for leaving her to figure things out alone. She said motherhood enhanced her desire to attend college. She sat out a semester at LSU when she had her second child, but she remained determined to finish. Securing a future for her children was the priority.

“The students at my college mainly had rich parents who loaded their accounts for whatever they needed and didn’t allow them to work so they can focus on their studies,” said Robinson, who sewed clothes for money in school. “Me on the other hand had to work as many hours as I could outside of class — or my daughter and I would have nothing.

“I never felt like I had room to feel sorry for myself because I was responsible for my circumstances, so I did what I had to do.”

Robinson couldn’t initially follow her dream for fashion, because she was focused on securing a solid financial future. She was all too familiar with growing up in a household where there wasn’t enough, but her lack of interest in the majors she chose hurt her academically. Robinson failed her first semester of college.

“I chose majors that could make you a lot of money,” said Robinson, who started off with engineering then finance before picking up design. “The reason why money began to take over my thoughts is because I hated my life while living with a parent who couldn’t afford barley anything. I knew I never wanted to be a parent that can’t afford stuff for my kids.”

She kept her craft hidden when she was younger since she couldn’t afford to be as fashionable as she preferred, she said. When she was able to pick up more hours at work in high school, she started following trends and altering clothes she bought from thrift stores. A high school peer donated a sewing machine to Robinson after Robinson tweeted about obtaining one. That was the start of her discovering her gift and purpose.

Robinson and her daughter Noami bonded over fashion during her time in school. Naomi walked in one of Robinson’s first fashion shows at 5-years-old, outfitted by mom, of course.

Robinson is currently planning a fashion show, for which she is taking donations. She is open to more travelling work, too.

She wants her story to “show moms how bomb we can be.”

“We can bare the children and still go to school, start businesses and follow our dreams,” Robinson told Hey, Black Mom! “I want to encourage moms to not let giving birth stop them from following their dreams. … Go after those things while you have the fire and desire for them.”