Remy Ma to start fund for women who struggle conceiving 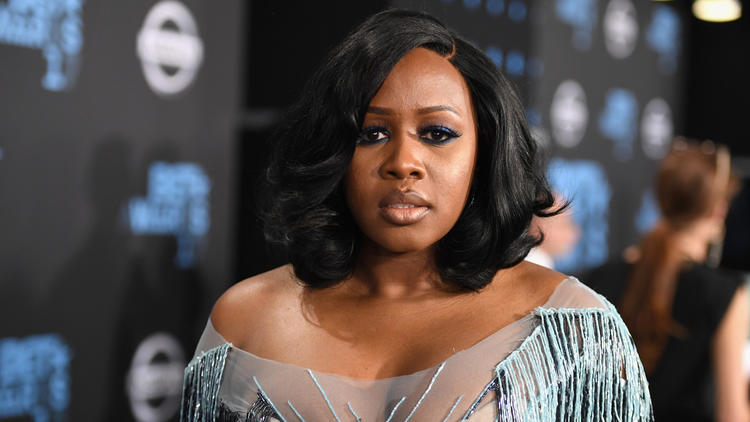 Remy Ma learned a lot through her personal tragedy.

In January, she revealed that her ectopic pregnancy, a fertilized egg that implants outside of the uterus and can rupture, resulted in a miscarriage. Because of the damage to her fallopian tubes, Remy, who is 36, said doctors told her she could not have children naturally.

She turned to in vitro fertilization, assisted reproductive technology that manually combines an egg and sperm. It can cost between $12,000 to $15,000 per treatment. For an award-winning rap artist, though, the cost was no issue.

For many women struggling with fertility, it’s not so simple.

When Remy opened up about her miscarriage, she realized how common it was for women to have trouble conceiving. So she plans to start a fund for those who long to become mothers.

“I felt less than a woman and (the doctor) assured me that was no way to feel and that for a certain amount of thousands of dollars, it can be fixed,” Remy told Essence last month. “And because I have the finances, I never even thought twice about it.”

Remy was also baffled by the lack of healthcare coverage for women with trouble getting pregnant, discontent she’s expressed in several radio interviews.

She wants to understand why it seems simpler to terminate a pregnancy opposed to assisting a woman who wants to get pregnant. Some insurance plans companies cover in vitro, but that is very rare.

“So I’m looking at all of these politicians that claim that they’re pro-life and they want to eradicate women having the choice to terminate their pregnancies,” she said, “but if you’re pro-life, why would you not set up something so women who can’t conceive and women who want to be mothers to do so.”

Remy was motivated by her own pain; she was at first embarrassed. But she realized how powerful her story could be, how it could touch another woman who felt alone.

She didn’t want anyone to feel like the issue was isolated to them.

First, thank you to everyone that sent their congrats as well as condolences?? This was a hard time for me & my husband & we thought long and hard before deciding to share this part of our lives with you all. I was totally against it but in a fit of crying @papoosepapoose said ” you are not the only one going thru this , we will get thru it” …made me realize how many women like myself experience the same thing and don’t have a strong partner by their side to say it will be alright. So I’m here to tell anyone going thru a similar situation that it is not over and God has the last say so Thank you to the staff at the hospital I was in; you all were super nice & respectful and did everything to ensure I was comfortable. And to Dr. Razmzan , who came to perform my surgery at 5am, who tried his best to leave me scarless and succeeded, who eased any fears I had- THANK YOU, & don’t retire yet cuz once we find the right in vitro dr you have to deliver my babies ?#BlackLove #RemyMa #MeetTheMackies

Her husband Papoose encouraged her by saying, “You are not the only one going (through) this, we will get (through) it.” They each have a child from respective previous relationships.

Remy and Papoose will try through in vitro to have a baby.