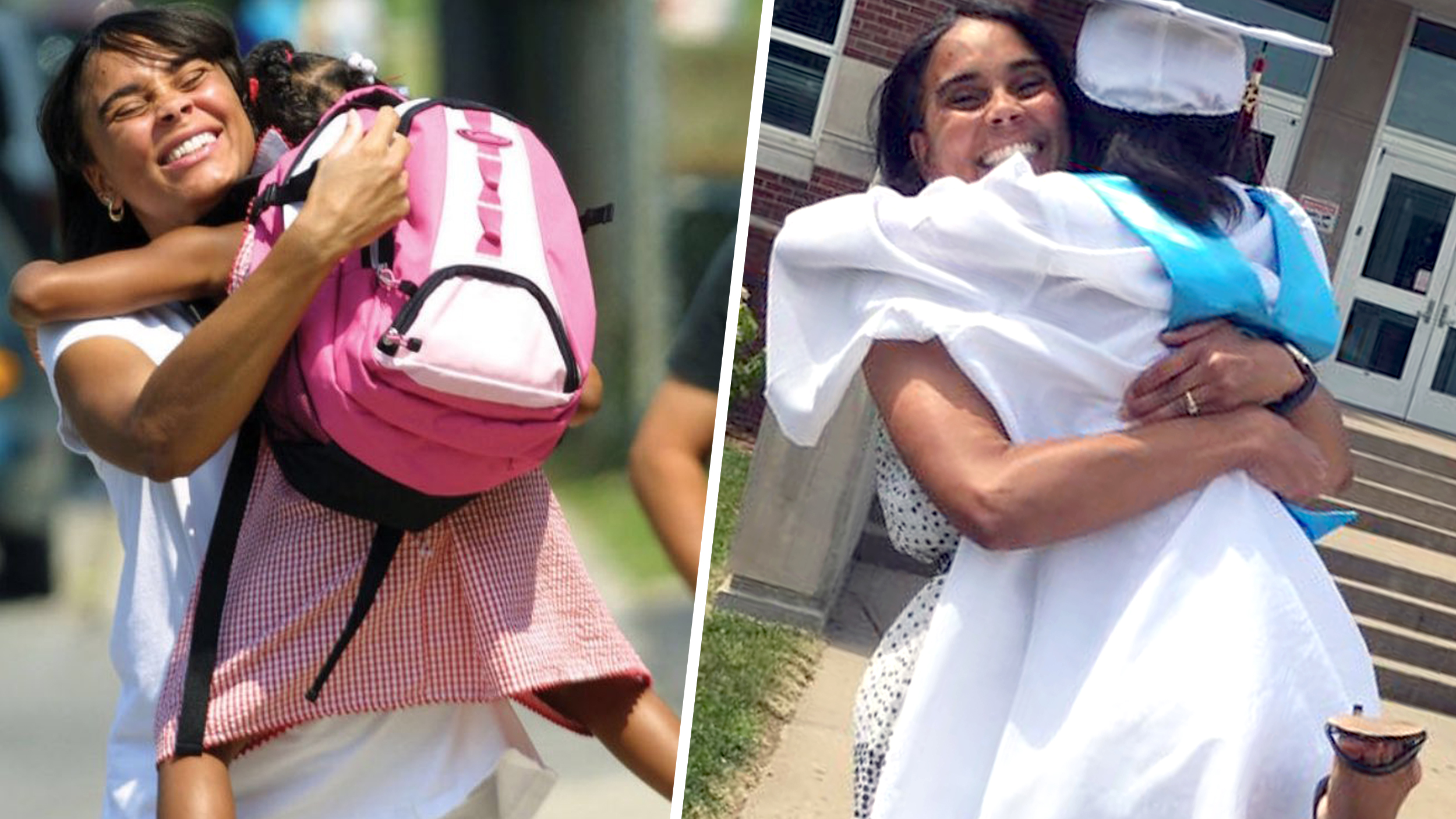 A mother’s love is powerful, and a tweet by Gabrielle Yowell proves it.

The 18-year-old from New Albany, Indiana, tweeted photos of her leaping into her mother’s arms, respectively, when she was in kindergarten and on the day of her high school graduation.

Her post read that her mother, Lizzette, was still as proud as ever. Yowell tweeted it on June 4, and it was retweeted more than 80,000 times and like more than 315,000 times.

First day of kindergarten to graduation and my mom is still as proud as ever?? pic.twitter.com/kkpuesnD2R

The town’s local newspaper, The News and Tribune, snapped the photo of the younger Yowell jumping into Lizzette’s arms after her first day of Maple Elementary School in 2008.

The picture wound up on the front page of the paper and is framed in Lizzette’s house, according to The Huffington Post.

Yowell, a New Albany High School graduate, understands how short life can be, which has brought her closer than ever to her mother.

Yowell suggested the pair recreate the old photo to celebrate teen’s big day, and, despite a little hesitation from her mother, it turned out to be a hit.

“I don’t think she wanted to pick me up,” Yowell said in the article. “She had no trouble with it.”

The kindergarten photo was taken after a 6-year-old Yowell was excited to see her mother after being apart all day.

She told HuffPost about how ready she was to go home that day.

Many on social media reacted positively to the sweet photos, and Yowell hopes they reinforce an important message.

“I just hope it helps people appreciate the bond they have with their parents,” she said.