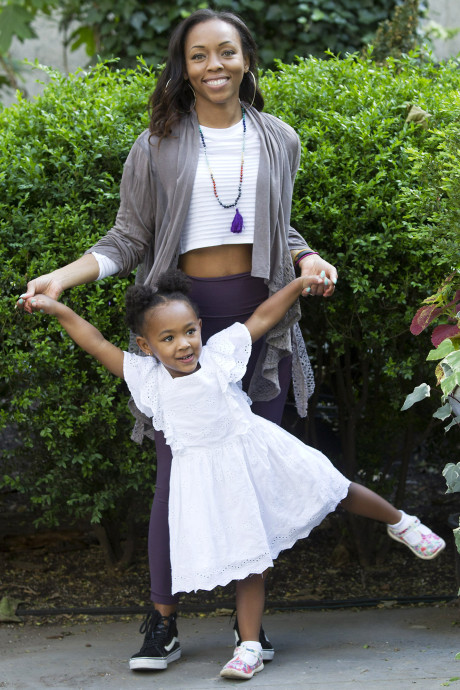 Consider it a Second Act.

When Natalya Davis graduated from Harvard in 2004, her dream was to secure a big-time job in the entertainment industry.

She landed right where she’d hoped by getting a gig at Sony Music, where she saw Beyoncé perform front-row style at the 2013 Super Bowl halftime show.

That was just one of the perks Sony offered Davis, her tale described in The New York Post. Davis was the Director of Marketing with the company, climbing the ladder as a management trainee.

After giving birth to her daughter in 2014, the 34-year-old from New Jersey found a new calling.

She became a doula, a person who supports a mother before, during and for a short time after childbirth. The goal is to make the mother’s experience as peaceful and satisfying as possible, whether that’s taking photos, holding hands or playing music.

“I definitely wanted to be in entertainment — I loved what I did, but I yearned for more fulfillment,” said Davis, who also earned a Master’s in journalism from Northwestern in 2007.

Doulas are said to have a positive impact on families. They are trained to provide evidence-based resources.

Anyone can be a doula, but women more typically gravitate toward the field.

And for Davis, the tradeoff was worth it.

“How many communities can you say that about, especially for women?”