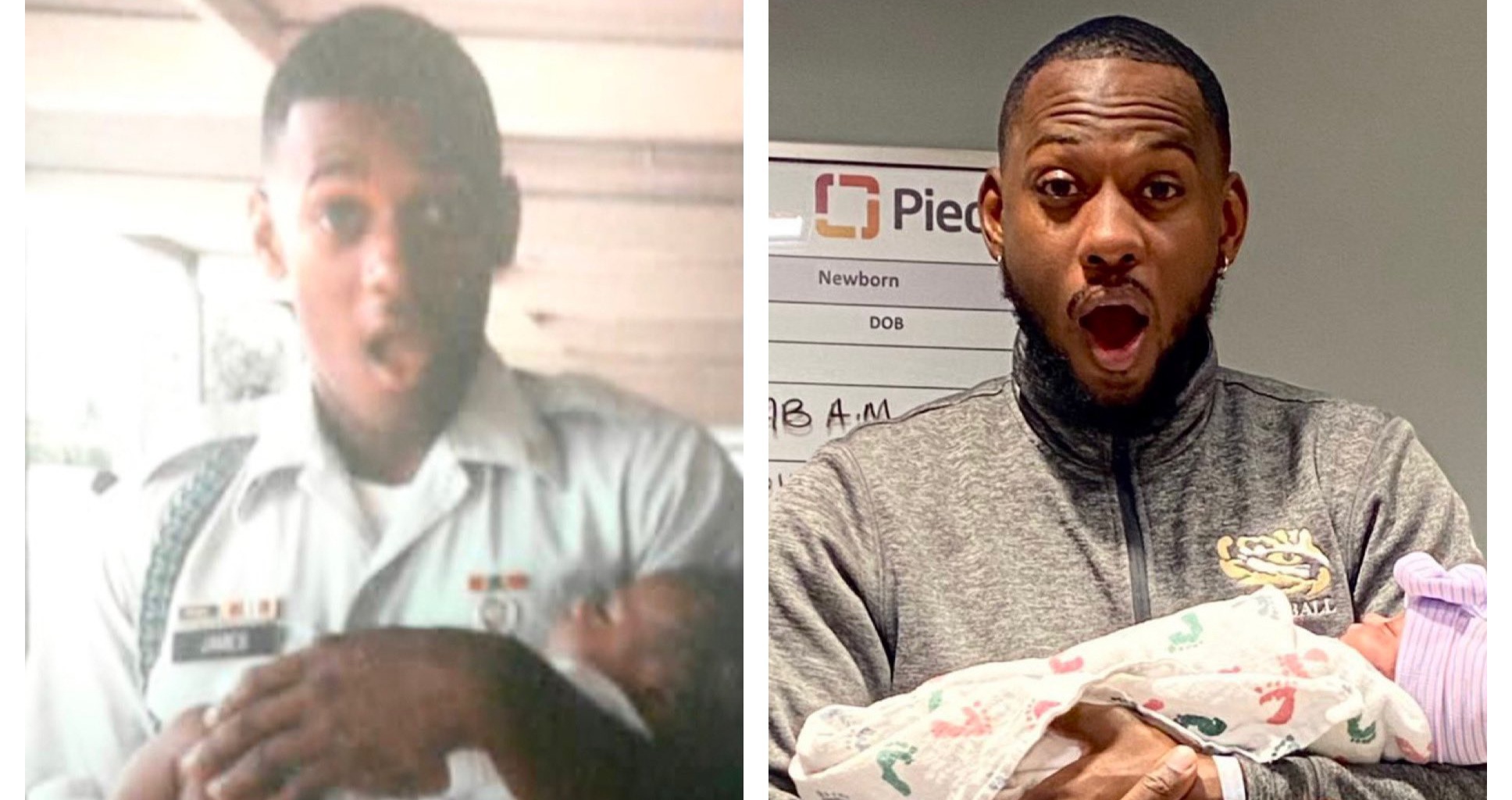 Chris James took great care of an old photo of his father holding him when he was born. The 31-year-old just knew one day he’d recreated the picture with his own child.

“I’m really a dad now,” he said in a written message to Hey, Black Mom!

His wife Jamila gave birth to the couple’s first daughter Kinsley Rae on the same day the Atlanta Braves won the World Series — an even more special delivery for the Atlanta-based family.

That night, James held his swaddled baby in his arms, cradling her with the same look of astonishment his father wore in the photo from 1990. Both James men were holding their first-born children.

James posted the side-by-side recreation on Twitter, and the moment went viral with more than 14,800 retweets.

I did one of these last year with my daughter 🥰 I love generational photos like these pic.twitter.com/Ao4Gip6ABJ

In James original photo, his father had just gotten out of basic training. The Swainsboro, Ga. native spent more than 20 years in the Army.

“I’ve kept up with this picture for years because I knew I would recreate it,” said James, a Fort Valley State University graduate. “This is my dad’s first grandchild…He’s super excited knowing someone will be calling him ‘grandpa.’ ”