Why a World Record Holder Stopped Cutting Her Fingernails 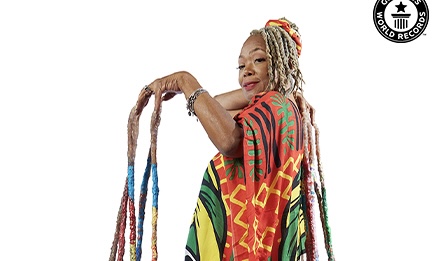 It’s been more than 25 years since Diana Armstrong clipped her record-breaking nails.

Her daughter LaTisha manicured her mother’s nails every weekend. Armstrong always had longer-than-average nails that her daughter trimmed and painted for her.

But when LaTisha passed away in her sleep from an asthma attack in 1997, Armstrong vowed to never trim her nails again.

Her daughter was 16-years-old.

“That was the worst day of my life,” Armstrong told Guinness World Records.

Armstrong, of Minnesota, broke the world record for the longest nails on a woman’s hands and the longest nails ever. Measuring 42 feet, 10.4 inches long in total, Armstrong’s incredible fingernails broke a record that stood since 2008.

The night before she passed, LaTisha had painted her mothers nails. Growing her nails was a way for the entire family to honor her legacy.

Armstrong, who hasn’t visited a nail salon in 22 years, has other daughters. Although they urged her to cut her nails, they were moved when she revealed her motive.

“When she told us the back story, it kind of changed my feelings towards it,” said Armstrong’s daughter Rania. “Because just as much as she missed my sister, I missed her too. So, if that’s her way of holding on to her, then I accept.”

Armstrong enlists the help of her children and grandchildren to decorate her extraordinary fingernails. They take up to five hours to paint, and the process requires a woodworking tool to file and about 20 bottles of nail polish.

I think she [Tisha] would be proud of me because she’s the last one who did my nails.”

She’s gotten used to some of the challenges of having nails at record length. She doesn’t drive anymore, she steers clear of zippers and she utilizes her feet to pick up some items. Her family also exercises caution around the new world record holder, as to not trip over the nails or get hit with them.

Armstrong was a hairstylist until her daughter died. She then became a stay-at-home mom to focus on growing her nails.

Even if offered compensation, she doesn’t plan on ever cutting her nails.

“Every time I look at my nails I think of my daughter,” Armstrong said. “I think she’s my guardian angel.”