In the midst of making history as a Black coach, Adia Barnes had to be a mother 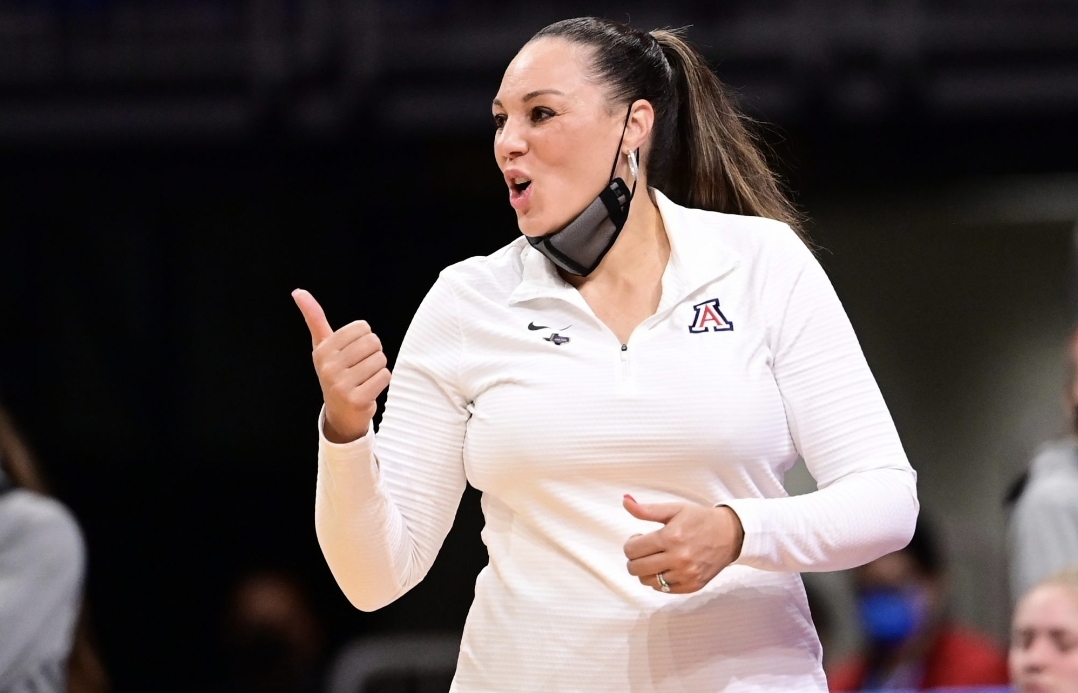 In the middle of her team’s first national championship game, Adia Barnes had to pause to be a mother.

The Arizona women’s basketball head coach wears many hats. She made history this season in joining South Carolina’s Dawn Staley as the first two Black coaches in the women’s Final Four. She elevated the Wildcats into the spotlight after a remarkable season that ended Sunday with a heartbreaking 54-53 championship loss to Stanford.

But perhaps what keeps Barnes the busiest is being a mother of three; her youngest is 6-months-old and was born during peak Covid-19. She gave birth alone in the hospital room. During the title contest, the baby came along for the ride — and when it’s time to eat, it’s time eat.

Barnes was late coming back from halftime because she had to pump. The baby’s breast milk bottles were warmed up with heat packs from the sideline during the game.

“Let’s normalize working mothers and all that they have to do to make it happen.” 🗣️🗣️🗣️ @sportsiren‘s report on Arizona head coach Adia Barnes pumping at halftime of the national championship. pic.twitter.com/xainGkoCKl

“I represent a lot of things today,” said Barnes, a former WNBA pro.

Throughout an amazing March Madness showcase, Barnes balanced an improbable run as the underdog and mothering her little trio. Those are two incredibly demanding titles.

“Adia Barnes is making this historic run by being the mother to three young children,” she said before mentioning why the coach was late coming back from halftime. “She is doing it all. And for those of you who think that this is too much information, just gonna tell you this: let’s normalize working mothers and all that they have to do to make it all happen.”

Barnes has been an inspiration for many reasons, and pumping during halftime perfectly captures the spirit of motherhood.

This year’s breakout star was also proud to represent mothers and Black women on a major stage.

“I represented moms. I have a baby here, you can hear crying ready to feed,” she said. “I represent Black females, (who) don’t get here too often and don’t get an opportunity.

“I had an opportunity today on the biggest stage and represented a lot.”