After shaving her head, this 7-year-old reminds us that beauty is what you make it 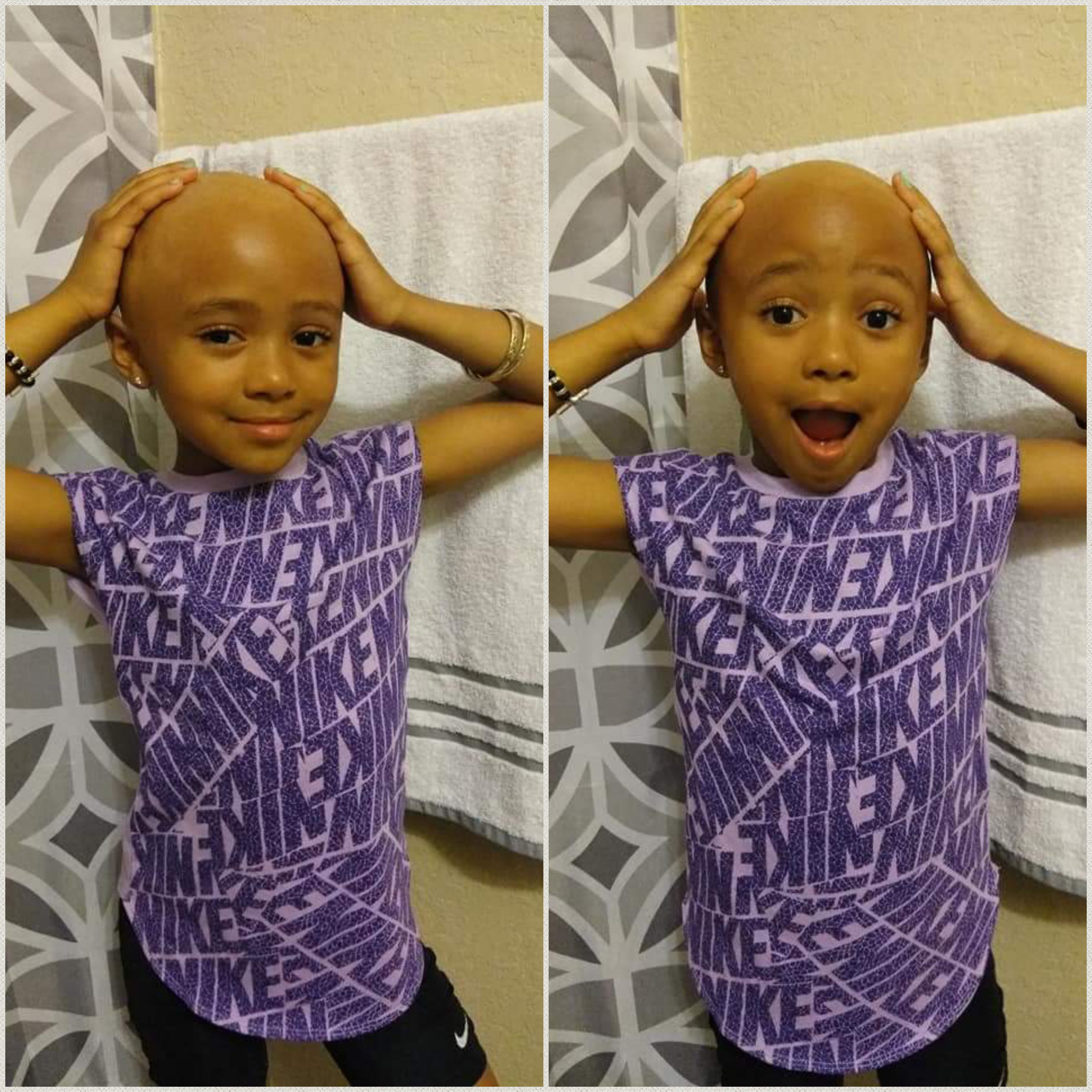 Kaiden Clark didn’t care that she had to be bald.

In fact, at only 7-years-old, she embraced the dramatic change to her appearance.

Shaving her hair off was necessary, but she didn’t feel any less beautiful when it was gone.

In August 2016, Clark was diagnosed with alopecia. Her doctors initially thought she had ringworm, according to her mother Liz Servedio. Clark’s hair loss continued despite medication, so the Pinellas, Florida, family visited the dermatologist, who made the call.

Clark tried to treat the alopecia with specialized shampoo and lotion. But within six months, the hair around her perimeter had vanished. Headbands and scarves weren’t enough to address the condition.

So she made a brave decision.

In February, she did. And the photos of her new look went viral. Servedio posted the photos of Clark’s bald head, and the outpouring of support flooded. The picture drew more than 32,000 reactions and 13,000 shares on Facebook.

Servedio, who has four other children ranging in age from 18-years-old to 6 months, has long, curly hair.

Clark, who has recently toyed around with hair units, hasn’t once mentioned her mother’s hair since the cut. Servedio said her baby girl loves being bald.

Clark launched the campaign B.A.B.E, Bald and Beautiful Everyday, after the viral snaps. The family continues to receive positive messages.

“The support is awesome,” Servedio said. “She’s loving it to this day. She’s still receiving gifts and has lots of positive people in her messages. The message she sends is you’re beautiful regardless of any condition life throws at you.