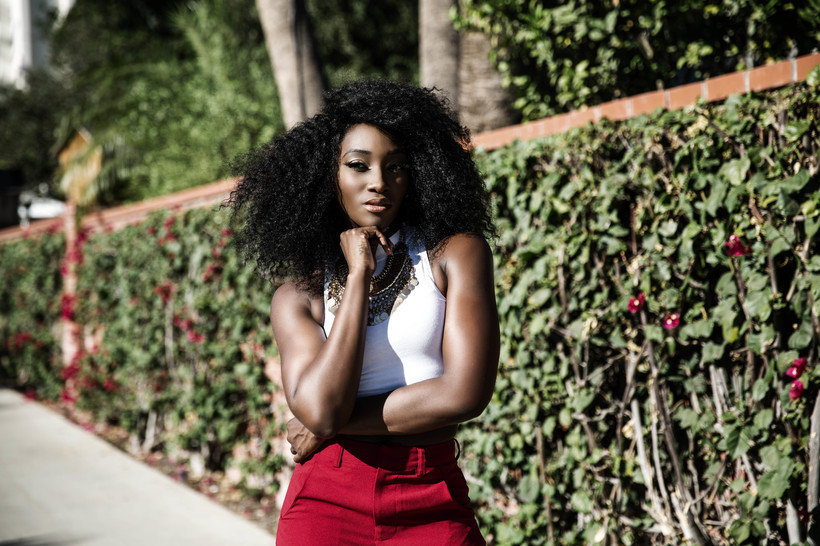 When Dnay Baptiste got pregnant in the middle of her dancing career, she had a shining lead to follow.

Baptiste, a 30-year-old New York native, has been Bey’s principal dancer for five years. Shortly after Beyoncé revealed her pregnancy during the 2017 Grammys, Baptiste learned she, too, was going to have a baby.

“I made a joke amongst my friends like ‘All right, y’all, we might as well all get pregnant,’ ” Baptiste said in a video on The Root that chronicled her story. “And literally, I came home, and, not knowing it, I ended up pregnant.”

But questions started swirling in the mind of the dancer who’s performed with N.E.R.D, Jennifer Lopez and French Montana.

Was she ready? Would she give up dancing in exchange for motherhood? Could she make a decision that was fair to her baby and herself.

In December, Baptiste gave birth to her son King. Motherhood painted womanhood clearly for her: women are amazing.

“People are like ‘Once you have a baby, your life is over and you can’t do anything,’ ” Baptiste said. “All those stigmas. It’s like, no. It’s just a new push. It’s a new motivation.”

Baptiste’s new motivation pushed her to perform alongside Beyoncé during the singer’s historic Coachella performance in April. Baptiste was in most of the set for the first Coachella headlined by a black woman.

King was 2 months old when Baptiste left for the California music festival. With her doctor’s clearance, she was four weeks postpartum upon returning to rehearsal, stopping to breastfeed during breaks. Her first performance after pregnancy was a belly-baring set with French Montana on The Tonight Show Starring Jimmy Fallon. She said she felt good.

She added the encouragement from her partner, peers and Beyoncé helped her through a tough time; she was more out of shape before Coachella than expected and was drained by breastfeeding.

Having her son was the most gratifying thing she’s ever done, she said, and Baptiste advocated for other women to break free of any trepidation associated with pregnancy.

“Have y’all babies,” Baptiste said. “Women are incredible. Now that I’m a mom, I can really attest to it. I had this great example. This woman carrying two babies at the same time leaning back in that chair and doing choreography and being open and pushing her limits.