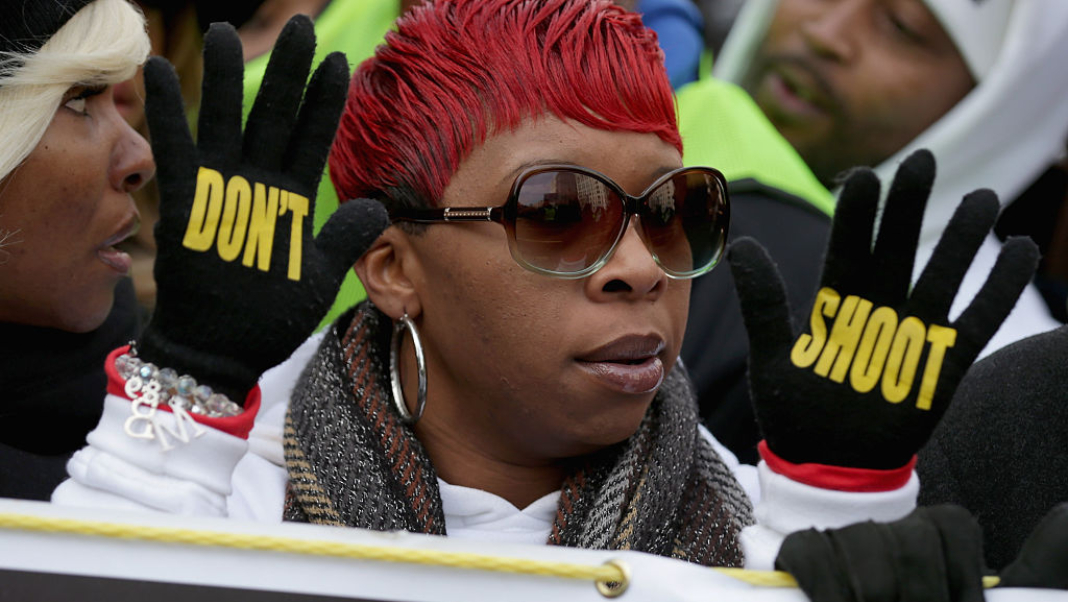 Lezley McSpadden had to watch her son lie in the street four hours after being shot and killed by a white police officer in 2014.

Standing on that same street the day after the four-year anniversary of the death of Mike Brown, an unarmed teenager shot in Ferguson, Mo., McSpadden announced her bid to city council.

“Almost four years ago to this day, I ran down this very street, and my son was covered in a sheet,” McSpadden said, fighting back tears, in an NBC News report of the Aug.10 press conference.

“I learned to walk again, and this is one of my first steps,” she said.

She said her focus areas will include community policing, economic equality and Ferguson’s youth having access to health care.

McSpadden felt compelled to run after feeling like the elected officials of the northern St. Louis suburb continuously disrespected its community.

“What would you do?” she asked. “You would stand up and you would fight, too.”

Brown’s death sparked unrest in Ferguson and further strained the tension between police and the black community. More than 300 people were arrested in the two-week span of protests, and several were injured.

McSpadden isn’t the first mother fighting for justice to dabble in politics.

In June 2017, Sybrina Fulton considered running for office in Florida. The mother of 17-year-old Trayvon Martin, whose trial ignited the powerful Black Lives Matter movement, wanted to fight for black youth after enduring her loss. Martin was shot to death in Sanford, Fla., by a neighborhood watch volunteer in February 2012. His killer was acquitted the following year.

McSpadden’s announcement came three days after attorney Wesley Bell, who is black, defeated St. Louis County’s long-standing prosecuting attorney Bob McCulloch in the Democratic primary. McCulloch, who had served as prosecutor since 1991, was responsible for the Brown investigation and didn’t bring charges to Darren Wilson, the officer who killed Brown.

Since there are no Republicans on the ballot, Bell’s remarkable upset is sure to stick in November.

It certainly seems reformed-minded leaders and voters are seeking essential change in Ferguson.