‘Cruel and Painful’: Missouri Mother Charged in Fire that Claimed the Lives of her Five Children 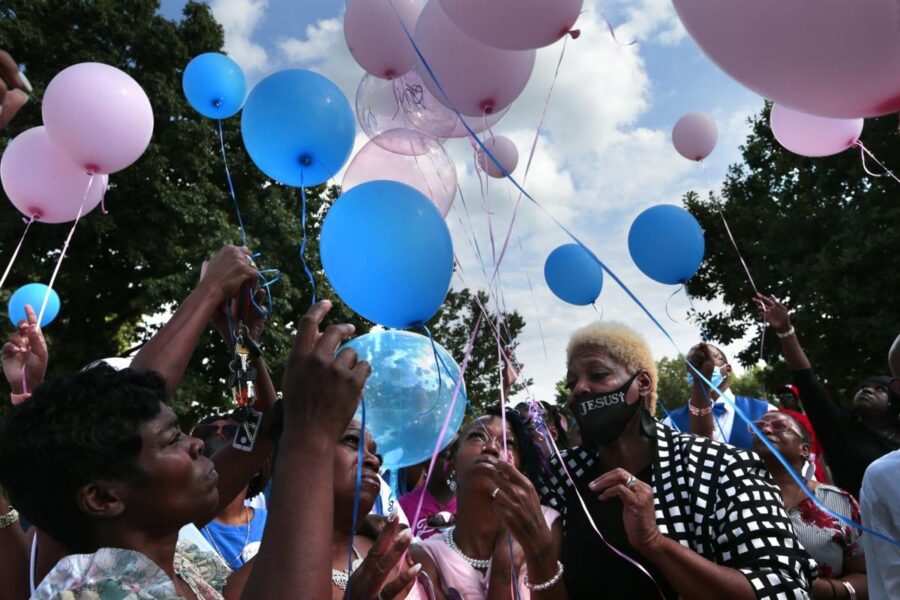 An Illinois mother whose five children died in a house fire on her birthday over the summer was charged with their deaths on Wednesday.

Sabrina Dunigan, 34, of East St. Louis, Miss., is facing five counts of endangering the life or health of a child, which is a felony in her county of St. Clair. A judge set her bail at $75,000, according to a report from the St. Louis Dispatch.

All of Dunigan’s children, including a set of twins, were under 10-years-old.

“Why are they trying to do this to her?” Sabrina Dunigan’s father Greg Dunigan said. “She done lost all she can lose already. Why they want to take the rest away, meaning herself? She don’t have nothing left.”

In the early morning hours of Aug. 6, Dunigan left her apartment around 3 a.m. to pick up her boyfriend from work. Her parents, who are reported to have lived in the same apartment, were supposed to be looking after the children but were asleep. They had to jump from the second floor to escape the fire.

Greg Dunigan said they were in a separate part of the apartment.

Sabrina Dunigan returned home to see her home in a blaze, and she suffered burns on her arms and feet trying to save her children. She lost children Loy-el Dunigan, 2; Jabari Johnson, 4; twin 8-year-old girls, Heaven and Neveah “Veah” Dunigan; and Deontae Davis, 9. One of the twins passed away after being transported to St. Louis Children’s Hospital, and the other four died on the scene of smoke inhalation.

Authorities are still investigating the cause of the fire.

Dunigan said in an interview with the Dispatch that one of her previous homes was set to fire by an ex-boyfriend; no one was hurt or charged in that fire.

She does not suspect an arsonist in the fire from this summer. She suspects it could have been an electrical fire that started in the crammed one-bedroom apartment that the family of eight shared.

The newspaper also reported the Illinois Department of Children and Family Service had received a complaint about abuse or neglect about the Dunigan family before the fire.

The charging documents allege Dunigan “knowingly caused or permitted a child to be placed in circumstances that endangered the child’s life or health,” and the state’s fire marshal office has raised the question about whether the children were left unattended.

Each of Dunigan’s felony counts means two to 10 years in prison.

Her best friend Austria Harrell started a GoFundMe to help cover funeral costs and now legal fees. Supporters have raised more than $32,000 toward a $75,000 goal.

Harrel wrote that “Unfortunately my friend is now unfairly being charged with connection to their death. Words cannot describe how cruel and painful this is for her.”