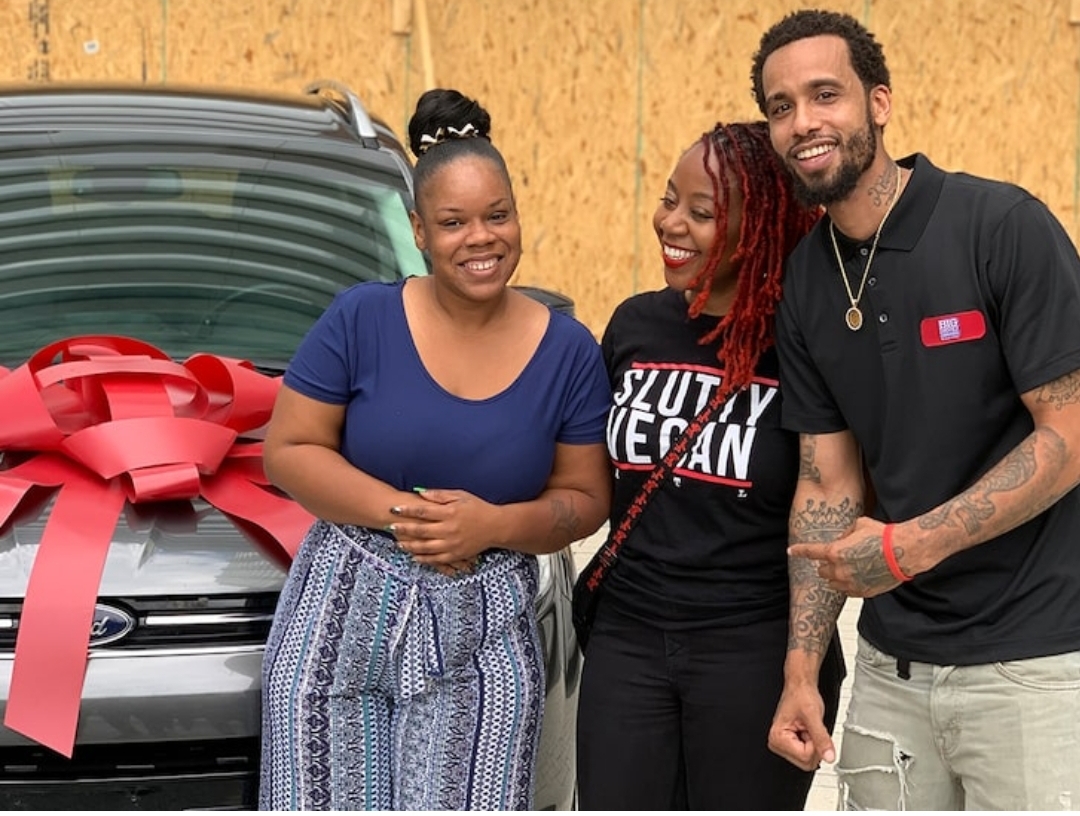 Brooks, 27, was shot and killed by an Atlanta police officer in a Wendy’s parking lot on June 12. In the midst of national protests over the deaths of George Floyd and Breonna Taylor, Brooks’ marked another incident of a black person dying at the hands of a police officer.

“We have two of the most powerful restaurants in the city,” CAU alumna Cole said in a video on TMZ.com. “Philanthropy is the core of who we are, and your story compelled us to really want to figure out a way we could help you and your family.”

Miller’s four children range in age from 1 to 13.

She cried a little more with each new offering the young restaurateurs revealed.

Chris Stewart, an attorney working with her family, shared a video on Facebook of Miller getting into her new car.

“You’ve been going through so much, and we just wanted to make sure we took care of you,” Cole said.

On the day he died, officers Garrett Rolfe and Devin Brosnan responded to a call about a man sleep in car in a Wendy’s parking lot.

According to NBC News’ review of the body cam footage, Brooks asked if he could go home after a 25-minute conversation between him and the men. He told them he’d been out drinking and a friend dropped him off because he was hungry.

Rolfe, who is now facing felony murder charges, was fired less than 24 hours after the shooting, and Brosnan was placed on leave. Atlanta Police Chief Erika Shields resigned the same day.

“Love wins no matter the tragedy or tough time,” Stewart captioned under his video about Miller’s struggle. “The pain, sadness and fear cannot be explained. Seeing it everyday working with her is heartbreaking. But our community has rallied around the family.

“I’ll keep fighting because of all of you.”