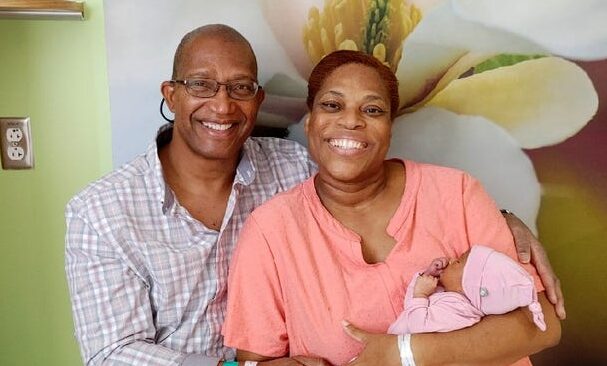 Susie Troxler is 50-years-old and didn’t know what options she had for fertility treatments until three years ago.

She and her husband, who is 61, had struggled to naturally conceive for more than a decade. After an annual exam with a new provider a few years ago, Troxler mentioned she was trying to get pregnant.

That conversation changed life for Troxler, who at 50 welcomed her first child. She gave birth to her daughter Lily Antonia Troxler on Sept. 29 in North Carolina.

“It’s really, really, really surreal,” the new mom and psychologist told Good Morning America. “I’d been unmarried, I’d been a wife and now the idea of being a mommy, it still hasn’t sunk in I don’t think.”

Because of her age, she was referred to a fertility specialist following her appointment. Soon after, she discovered she was living with fibroid tumors. Even after they were removed with surgery in 2019, the Troxlers continued trying for a baby.

Health issues from her husband Tony’s side complicated their efforts.

The couple underwent several rounds of in vitro fertilization (IVF) but couldn’t produce a viable embryo. Troxler next turned to egg donation, which is how she had her “miracle baby.”

In the United States, Black women are more likely to need fertility treatments but less likely to seek treatment. A generational knowledge gap may be behind this, which was certainly the case for Troxler.

“When we got married, we just assumed we’d get pregnant, and then it didn’t happen,” she said. “But we’re both very old-school, and when we grew up, nobody even talked about or discussed IVF. It wasn’t even a thing.”

Troxler’s first embryo transfer in late 2019 did not take, and the family paused their conception journey in 2020 due to the pandemic.

Then in February, Troxler used what she considered her last chance to get pregnant by trying the final viable embryo.

Several weeks later, she was pregnant.

There were no major complications, and she gave birth via C-section on Sept. 29.

“I’m of the belief that kids come when they’re supposed to come, regardless of the age of the parents,” Troxler said. “We look at it as this is exactly how it was meant to be. She’s our miracle baby.”