Ahmaud Arbery’s Mother After Guilty Verdict: I Never Thought This Day Would Come 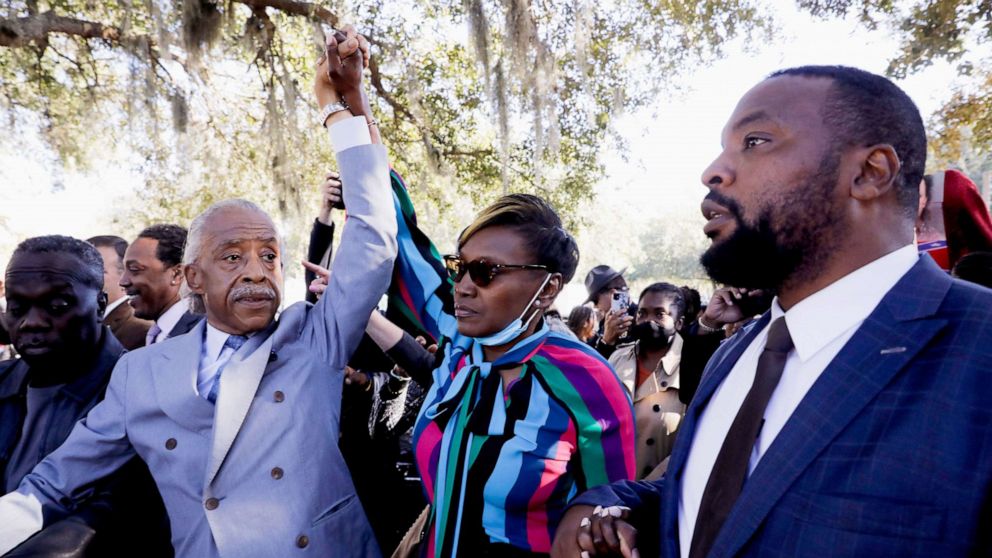 The three men involved in the 2020 killing of 25-year-old Ahmaud Arbery were found guilty of murder on Wednesday.

At minimum, they face life in prison with the possibility of parole. Defense lawyers say they will appeal the verdict.

Arbery was jogging unarmed when he was chased and tragically gunned down in Brunswick, Ga., last February.

It’s been a long, hard fight for his mother Wanda Cooper-Jones, who admitted she never thought she’d see justice.

BREAKING: “I never thought this day would come—but God is good.”

Ahmaud Arbery’s mother Wanda Cooper-Jones reacts to the conviction of three men in the murder of her son. https://t.co/xANs0sbJ10 pic.twitter.com/ksOzGNUyZ1

“To tell you the truth, I never saw this day back in 2020,” she said in a press conference after her son’s killers were charged with his murder. “I never thought this day would come, but God is good.”

She thanked the supporters this case has drawn and said her son, who she called Quez (a shorter version of his middle name), can rest in peace.

Arbery was pursued by three white men while he was out for a run, something he did to clear his head. He had enrolled at South Georgia Technical College to become an electrician, but decided school could wait until fall.

He never made back to school after father and son Greg and Travis McMichael ended Arbery’s life. A third man William Bryan, who was also found guilty of murder, hit Arbery with his truck and filmed the shooting.

When the video was released, it sparked national outrage.

The men plead not guilty on the claim of self defense; they said they pursued Arbery after mistaking him for a burglar.

Cooper-Jones had to wait 74 days to see the McMichaels arrested. Her promise to Arbery was that she would get answers. On Wednesday, she left the courtroom with the verdict she had hoped for when the trial started earlier this month.

Though these men may be behind bars for life, Cooper-Jones is still left grieving her loss, a loss countless other Black mothers in the United States have felt.

For instance, the verdict was delivered one day after the nine-year anniversary of the shooting of 17-year-old Jordan Davis. He was gunned down by a white man in Florida for refusing to turn down his music.

Davis’s mother Lucy McBath, who was later elected to congress, writes a letter in his honor every year, expressing the pain of his absence.

“He’s gone and he’s never coming back,” Cooper Jones said about her son in an AJ+ video. “I really wish people could have really got to know Ahmaud, to really, really know Ahmaud, because Ahmaud was love.”