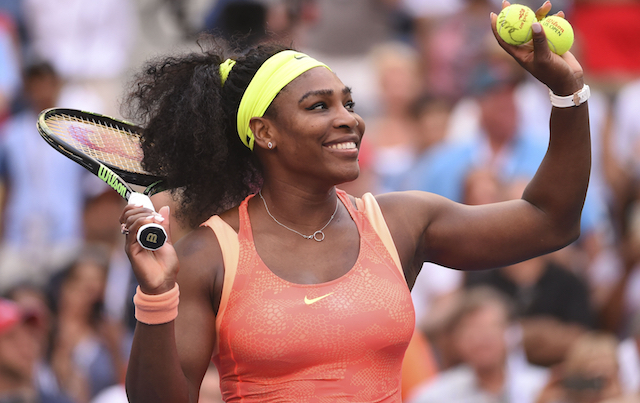 Between all the wins, titles and record-breaking, tennis royalty Serena Williams now belongs to another exclusive and prestigious club: motherhood.

Williams, 35, announced she is 20 weeks pregnant through a Snapchat photo Wednesday, a cute little baby bump showing where her washboard abs would normally be. She got engaged to Reddit co-founder Alexis Ohanian in December.

Williams, a tennis pro since 1995 who also has four Olympic gold medals, is the only tennis player to win 23 Grand Slam singles titles in the Open Era. She set that record in January, the Australian Open win also putting her back in the No. 1 spot.

Let’s look at some numbers (which Williams HATES to analyze before matches) — 20 weeks ago was at the end of 2016. That means Williams was pregnant during the Grand Slam tournament, where she did not lose a single set!

Wow, how much more awesome can this queen get? Congrats and welcome to the club!