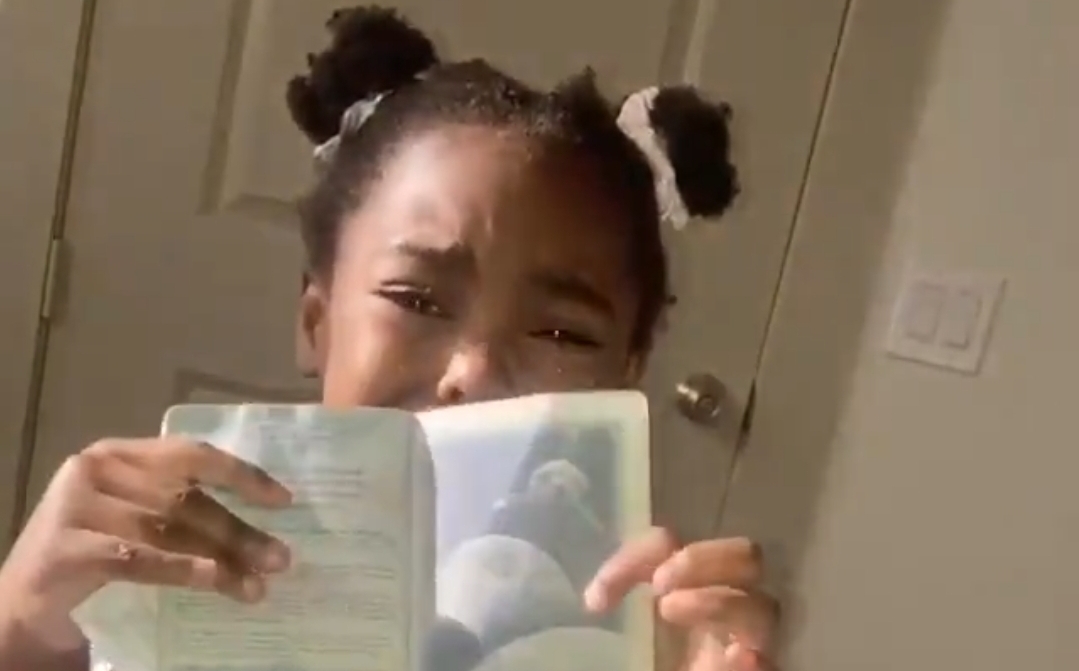 Watching Men in Black may not have been the best idea.

Preschooler Nole-Joye mistook her mother Shaakira Brandon for an alien after seeing a photo of outer space in Brandon’s passport.

“My daughter found my passport today & she thought it was paperwork to show that I’m an alien,” she wrote in the video caption. “Shoulda never let her watch MIB.”

The video shows an upset Nole-Joye crying as her mom asks why. Nole-Joye picks up Brandon’s passport and turns to the page that shows an image of space, quickly throwing it down once her mom sees.

When Brandon asked her daughter what she thinks it means, her response was “You’re an alien!”

Brandon tries to console her daughter as she lets out a lighthearted chuckle, explaining that the passport indicates the places she’s traveled.

“It does not mean I’m an alien,” Brandon told Nole-Joye in the clip. “This is just a picture of the Earth as I travel.”

Watch the adorable video below: