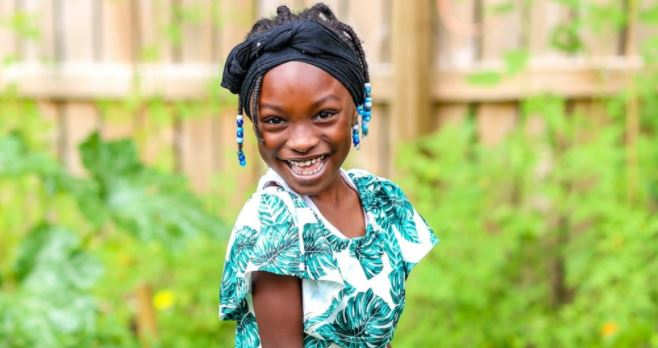 The youngest certified farmer in the state of Georgia is a 6-year-old.

Kendall Rae Johnson of South Fulton will be honored by the city next week, recognizing her title as well as her enthusiasm and passion for agriculture. The City of Atlanta will honor her in early October.

She has been growing food since 2019 and finds wonder in her garden, where she hosts youth gardening clubs and tours. Monthly food basket subscriptions are also available through her website aGROWKulture.

Black farmers have represented less than two percent of the country’s 3.2 million farmers, according to a study.

“I grow carrots, and they are delicious,” Johnson said in a recent press video from House Rep. Mandisha Thomas (D-GA). “My goal is to meet new friends and inspire other kids.”

The first grader has found comforting in gardening since she was 3. Johnson was inspired by her great-grandmother telling her not to trash collard green stems but to throw them back in the dirt. A younger Johnson started planting cucumbers, pepper tomatoes and broken collard green stems — and she hasn’t stopped since.

“Agriculture, by far, remains the state’s largest industry,” South Fulton Mayor William Edwards said in an 11Alive report. “Still, it remains an industry with few women. With her enthusiasm, determination and love for gardening, Kendall is about to change that.

Johnson is currently fundraising for soil, lumber, an outdoor science learning center and high tunnels to preserve her crops during the winter.